Enjoy dance classes with some of the greatest and most-loved folk dance teachers known around the world. 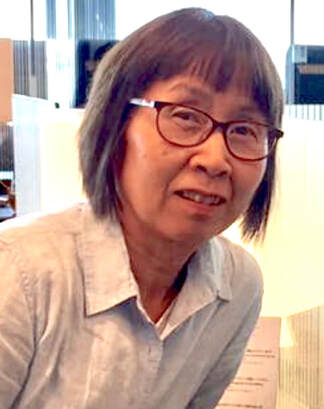 Fusae was born in Oita, Japan.  She began folkdancing as a college student in Tokyo, engaging in a broad array of international dances.  In the mid-1970's, after her graduation, her interest focused on Balkan dancing.  She began traveling abroad to learn more about the dances and their cultures.

​She has studied dance in Romania and Macedonia and has taken additional classes in Serbia, Bulgaria, Greece and Turkey.  For the last thirty five years, fusae has regularly taken foreign dance teachers on tour in Japan where they have taught workshops and weekend camps throughout the country.  She moved to Sacramento in 1984, but returns to  Japan three or four times a year for the tours.  She was invited to camps throughout Canada and United States to teach as an assistant to Atanas Kolarovski, the now-legendary Macedonian dancer and choreographer.
ANNA ANGELOVA / Bulgaria 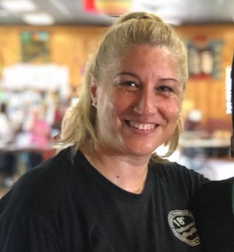 Eirini "Rena" Karyofyllidou / Greece
Rena is a dance teacher and also a dancer of traditional Greek dances. She was born in 1968 in the village Kavallari, near Thessaloniki city. Her family is originated from Greek Macedonia and Eastern Thrace. She has been teaching Greek dances since 1985. She has participated in hundreds of dance events in Greece and abroad and she has taught in more than 10 dance groups in Greece.

She learned dancing as a child from her family and the villagers. Later as a teenager She has been  a member of the local dance group and as a student she was active in many dance organizations in Thessaloniki. She finished her studies on Physical Education at Aristotle University of Thessaloniki in 1990 with a degree on traditional Greek dances.

​For 21 years she was a member of the "G. K. Fotiadis" folk dance group as a dancer and dance teacher. Now days she is dancing in C.S.T.D. "KYKLOS" and I also teach several dance groups in Thessaloniki area. She has been invited to teach Greek traditional dances in numerous seminars all over Greece and also Germany, USA, Canada. 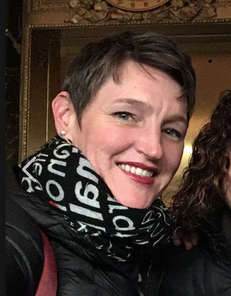 Erica "Rikki" Nicolae teaches dances of Bulgaria, Turkey, and other Balkan countries. She has taught recreational folkdancing at venues around the Bay Area of California, as well as at the Aracata Folk Dance Festival. She is currently the Dance Director for Ahmet Lüleci's performance company Collage in Boston, MA. She began Balkan folkdancing at Reed College in Portland, Oregon.
​
​From 1998-1999 she studied folk dancing and singing in Bulgaria on a Watson Fellowship. Upon returning to the States in 2001, she began dancing with Ahmet Lüleci’s company Collage in Boston. She has remained his Dance Director through moves to San Francisco in 2004, where she supported the founding of CollageWest, and back to the Boston area in 2017 for continuing work with Collage there. Rikki's other dance experiences include dancing with ensemble Naslada in Portland, Oregon; ensemble Ratchenitza in Plovdiv, Bulgaria; ensemble WestWind in Berkeley, California; and Yore in Stanford, California. 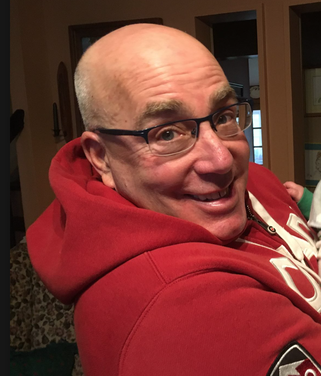 ​Since that time he has done extensive independent research in folk music and dance in Greece, the former Greek areas of the Anatolian Peninsula, and the Greek-American communities in New England and New York. He has compiled an exhaustive library of scholarly research as well as a comprehensive video library and musical archive. 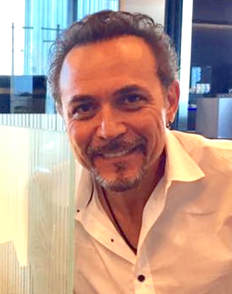 A native of Turkey, Ahmet taught several excellent ensembles in Turkey. Since arriving in North America, he has taught at the major camps throughout the U.S. as well as in Asia, Europe, Australia and South America. He is the founder and artistic director of Collage Dance Ensembe of Boston.

​His college major was music. Ahmet's fascination with dance and music led him to conduct scholarly research into the historical, social and cultural background of the costumes and spoon dances from Turkey's Mediterranean coast. His efforts resulted in an exhaustive, 400 page study for which he was awarded First Place in the 1985 national competition in research on the folkdances of Turkey by the Turkish ministry of Youth, Sports, and Education. In 1997 Ahmet completed a second degree in Fine Arts.